In the wake of World Environment Day, the Post 2020 Biodiversity Framework – EU support launches the hybrid event WorldBio2022, hosted online and on-site in Brazil on 7-9 June 2022 by the Secretary for Infrastructure and Environment of the State Government of Sao Paulo (SIMA), in partnership with the Secretariat of the Convention on Biological Diversity (CBD), ICLEI, Regions4 and GIZ, under the coordination of Associação Cunhambebe da Ilha Anchieta (ACIA), a Brazilian non-profit civil society organization.

The event attended by 400 participants, offered an opportunity to accelerate transformative actions led at the territorial and urban levels by subnational and local governments (SLNGs), their networks and partners for the global biodiversity framework (GBF) implementation. 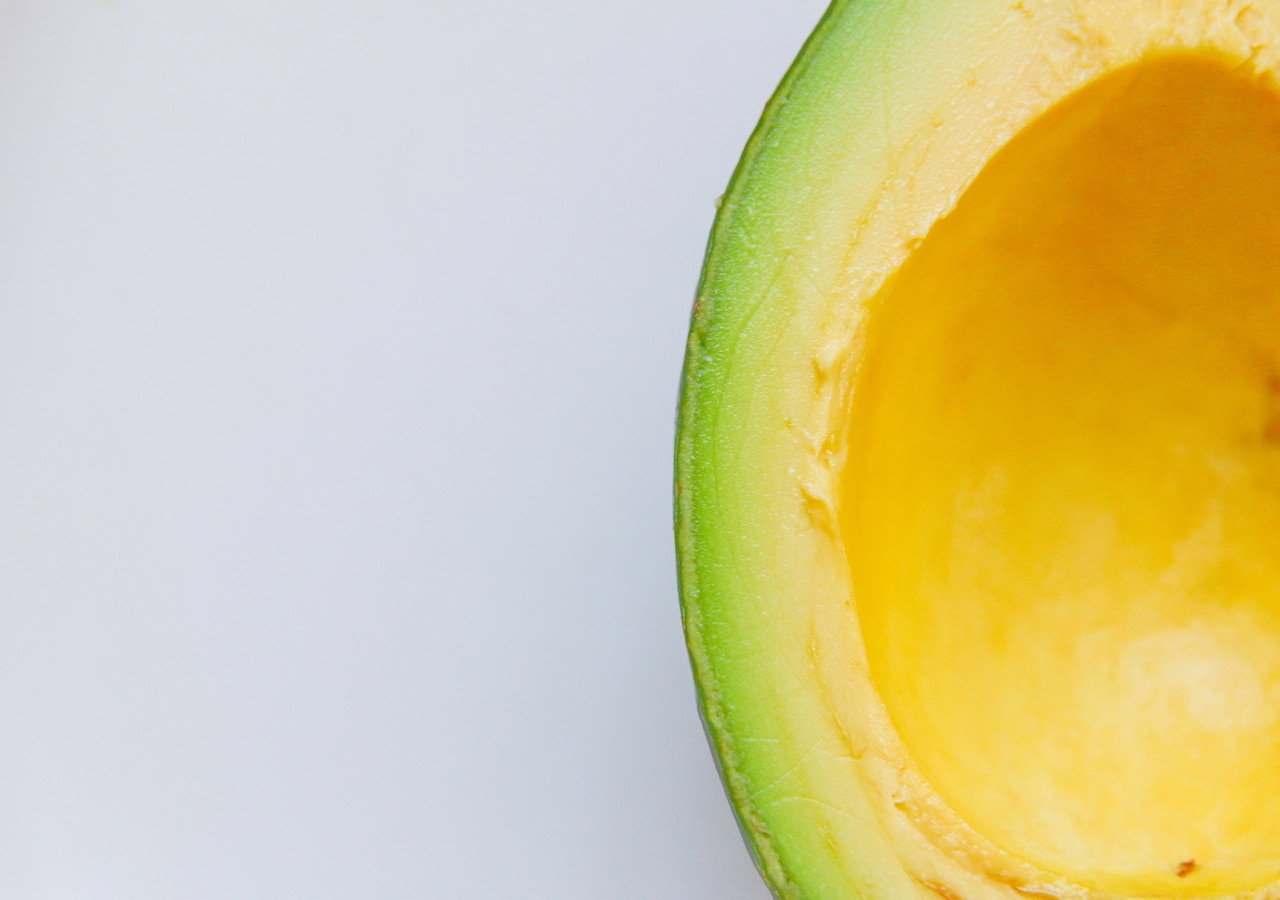 The event sent a strong signal that the “whole of government” approach proposed in this year’s High-Level Political Forum of the Economic and Social Council of the UN’s General Assembly, the Sustainable Development Goals and the Decade for Restoration, is also critical for the GBF implementation.

Elizabeth Maruma Mrema, the Executive Secretary of the CBD, formally launched WorldBio2022 by urging attendees to “start transforming and changing public policies, structuring programs for the improvement of ecosystems’ condition.”

WorldBio 2022 is a part of the 2-years’ experience of the Edinburgh Process which resulted in drafting a new 10 years Plan of Action (PoA) on Subnational Governments, Cities and Other Local Authorities for Biodiversity to foster the cooperation between all levels of governance in the CBD negotiations. The issuance of the Edinburgh Declaration calling for the adoption of the new PoA across a dedicated CBD decision at CBD COP15.

“As signatories of the Edinburgh Declaration, we demand greater support and space for the subnational states to deploy their projects and actions in partnership with national and subnational states.” declared Fernando Chucre, the Secretary for Infrastructure and Environment of the Government of Sao Paulo. He requested to turn WorldBio2022 into a regular platform enabling a biannual evaluation of the actions of subnational governments.

Counting with the participation of the two majors playors, ICLEI Cities Biodiversity Center and Regions4 leveraging the platforms CitiesWithNature and RegionsWithNature, the event was held back to back by two major Brazilian local and subnational government platforms.

The National Association of Municipalities for the Environment (ANAMMA) who gathers several Brazilian municipalities, signed the Declaration of Edinburgh on June 6th, 2022 committing to promote its signature to its members. The network also announced the launch of a 2nd International Forum for Sustainable Cities (FICS – Fórum Internacional de Cidades Sustentáveis) to bring on WorldBio2022 momentum, and a dedicated foundation, the Instituto ANAMMA, to promote scientific research on environmental governance. 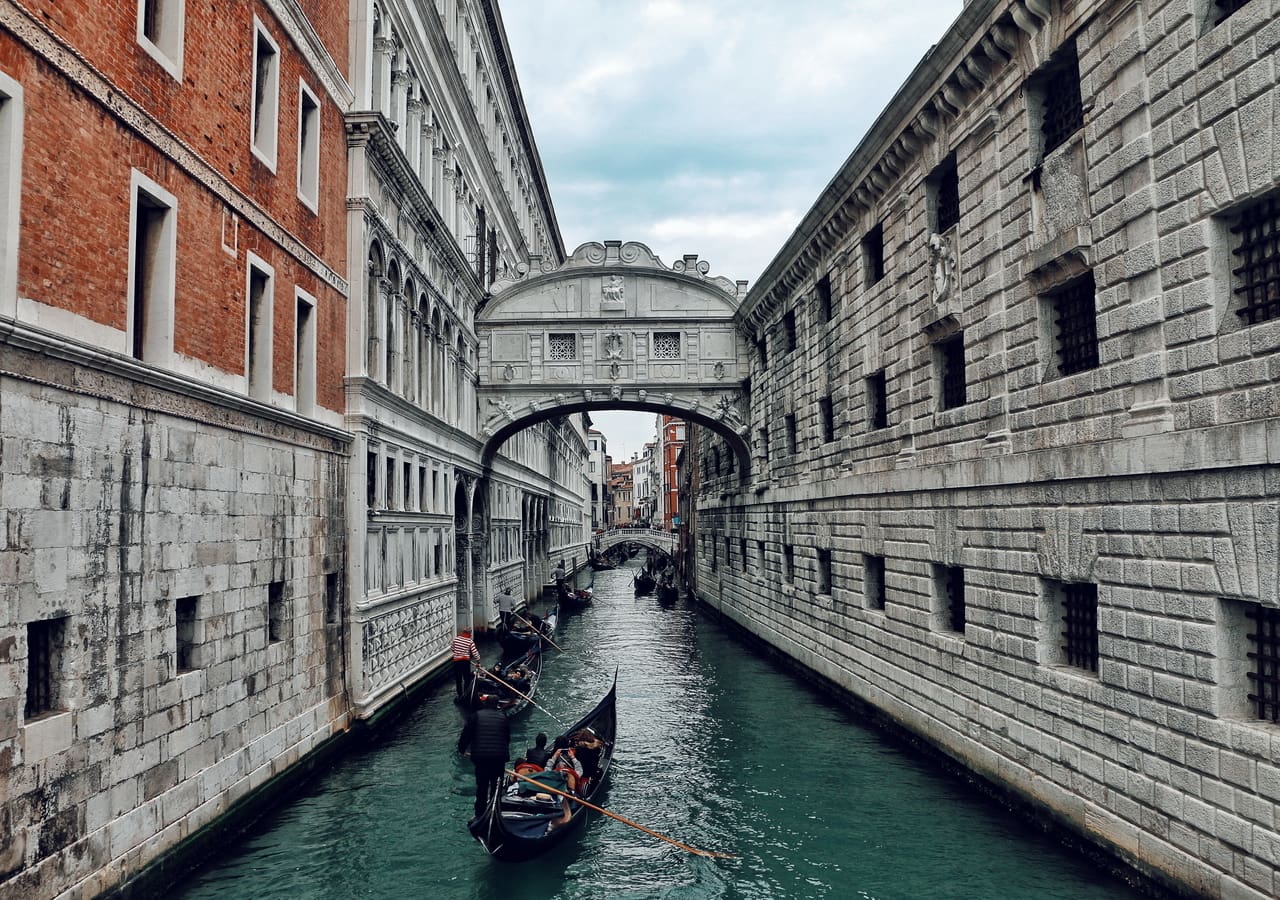 The National Association of Brazilian States for the Environment (ABEMA), gathering the 27 Brazilian States’ Entities for the Environment, signed the Declaration on June 10th, 2022 engaging States authorities towards the implementation of the GBF and in participating to CBD COP15 7th Cities Summit. It is crucial to leverage opportunities for further decentralized cooperation action and twinnings across EU programs and initiatives.

At WorldBio2022, partners worked to develop projects and programs along five main themes, which resulted from extensive consultations, and which will be taken to the 7th Cities Summit of CBD COP 15 later on in the year. These themes included: 1/environmental education and awareness, 2/nature-based solutions and urban ecosystem restoration, 3/incentive and financing instruments for biodiversity actions at the subnational level, 4/conservation measures for protected areas and 5/capacity building systems for the above activities with a focus on reforestation and urban forestry.

The event helped identify the governance skills, influence and power of subnational and local governments on consumption, production and ensure that financial flows are aligned with those of all CBD Parties, through multi-stakeholder platforms articulated among themselves, to achieve the GBF and complementary approaches on mainstreaming, CEPA, capacity building and mainstreaming.

Strengthening the effectiveness of local and sub-national biodiversity policy

The WBio2022 platform proposal positioned SLNGs as agents of territorial governance in a central place to support the implementation of the GBF, developing a critical tool for the efficient achievement of actions that value biodiversity: a governance platform for network cooperation of the various actors that make up these territories. The tool will be co-produced with the main groups related to the global biodiversity agenda, including women, youth, indigenous people and local communities, NGOs, and the business sector.

Graziela Blanco from the Biosphere Reserve of the Atlantic Forest of Brazil (RMBA) Youth Programme called for youth inclusion in biodiversity actions through the creation of programs and local support, capacity building opportunities and access to decision-making spaces and vote: “Youth have championed socio-environmental local and global battles, playing a pivotal role for education & human rights development. They equally support a right based approach to the GBF.”

Key existing initiatives were showcased to highlight best practices and identify innovative approaches that address gaps in the environmental and sustainable development agendas. The ecological corridors established by the program RECONECTA RMC promoting landscape connectivity in the municipality of Campinas area of Sao Paulo State, and by the city of Belo Horizonte in Minas Gerais State forest (Serra do Espinhaço) came as inspiring example. 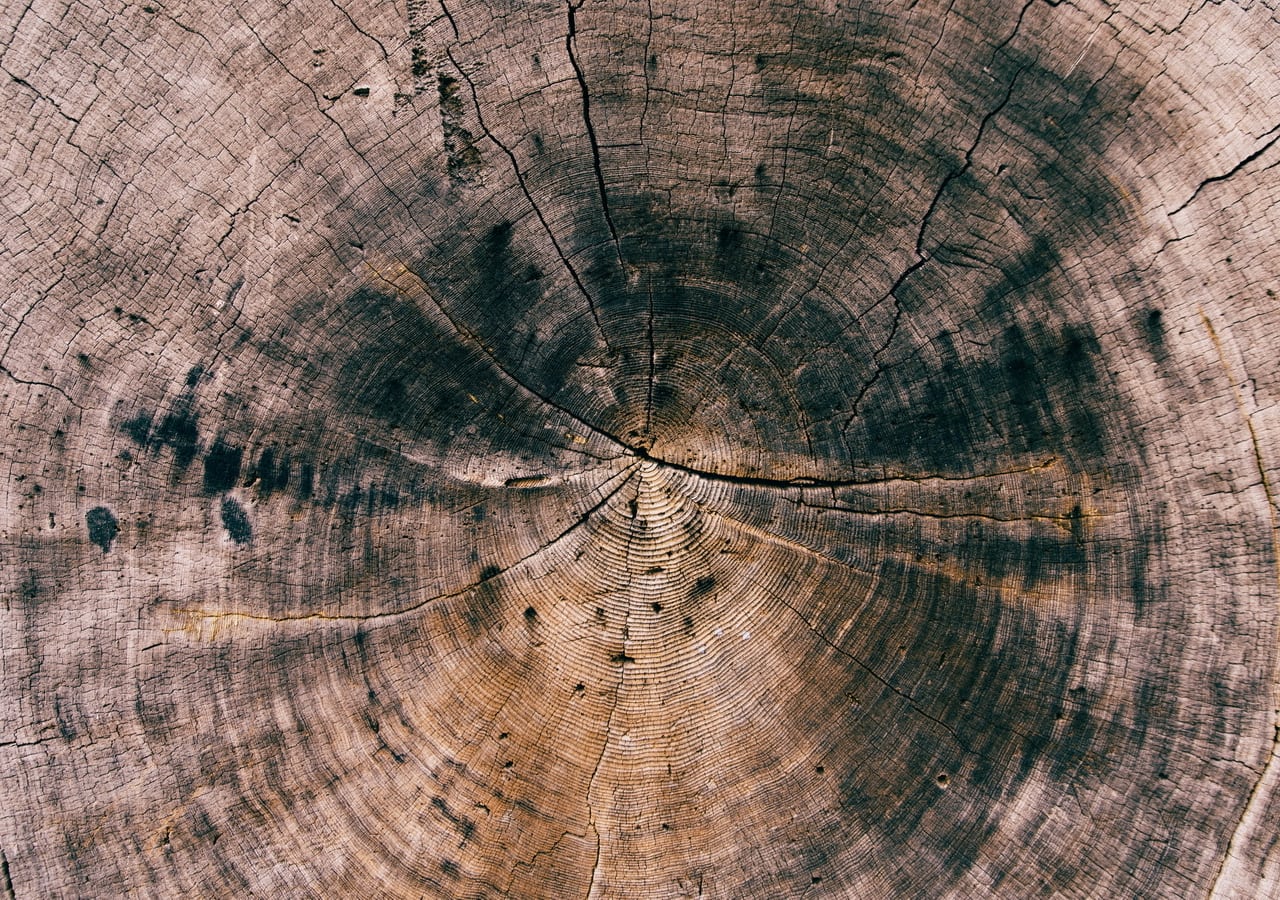 “As a project driven to speed up transformative actions, we are convinced that no one is better positioned than local and subnational governments to turn the global biodiversity framework into a field reality, in Brazil and across the world.” Elisabeth Chouraki, Coordinator Knowledge & Capacity building, Post 2020 Biodiversity Framework – EU support.

The Programme Parana Mas Verde which resulted in the planting of hundred types of different plant seedlings in the State of Parana was also spotted as role model.

The success of Sao Paul State Research Foundation (FAPESP) work engaged through the program BIOTA was also saluted as a milestone programme for scientific vulgarization on biodiversity and outreach to the wider public.

Opportunities for funding and partnerships

Key panelists brainstormed on how to unleash the finance and make it filter down to the level of SLNGs and make that knowledge available at the local level in order to promote vertical and horizontal integration across sectors and levels of governance.

Keyvan Macedo, Director of Natura & Go, a member of Business for Nature, called for a GBF that incentives finance to channeling funds for biodiversity, to facilitating ecosystem services monetization and enabling biodiversity harmful subsidies removal.

Katia Fenyves, AFD’s Euroclima+ Climate Finance Expert shared insights on the challenges of a Nature-Positive economy and introduced AFD bio-strategy, focused on mainstreaming biodiversity in all sectors, to conserve and restore natural environments.

Yuna Chun from the World Bank Cities for Biodiversity (C4B) initiative insisted on the importance of partnerships working together to mutually reinforce and complement each other, and of catalyzing transformative actions and transitions, changing the mindset of all stakeholders.

“Let’s change the recipe and take action. We have amazing initiatives. Let’s bring them in a strong WorldBio2022 bus, embarking in this journey towards the 7th Biodiversity Cities Summit and show the world that the success of the new GBF targets lies in SLNGs’ hands.” Ingrid Coetzee, ICLEI CBC Director for Nature & Health 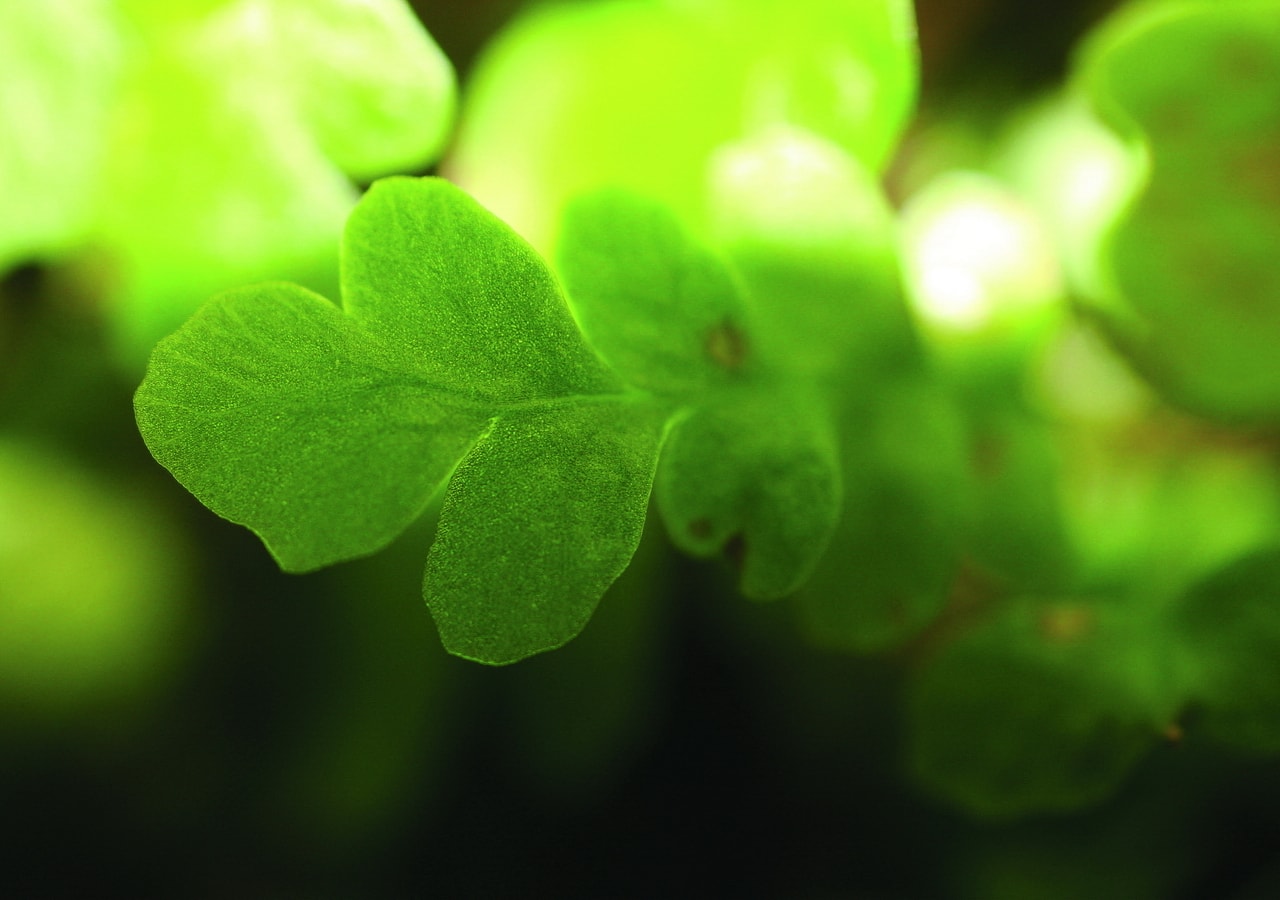 WorldBio2022 will be the heir of the Edinburgh Process bringing on its momentum after CBD COP15 according to Oliver Hillel from the Secretariat of the CBD. He called for the contribution of the Post 2020 Biodiversity Framework – EU support, as a pivotal and CBD landscape-changing initiative, in driving this transformative work with a 2 year workplan where SLNGs’ contributions to the GBF implementation will be funded and scaled up.

“WorldBio2022 is about continuity and success amplifying the commitments of local and subnational governments implementing the GBF.” Eduardo Trani, Subsecretary of State for the Environment, Sao Paulo State Government

Watch our video on OEWG3 with Ingrid Coetzee, the Director of Biodiversity, Nature and Health at ICLEI :