Among the propositions that are regularly brought forward by biodiversity stakeholders is the setting of an overall science-based "Apex target" for biodiversity that could be measured, quantified and tracked through implementation. This goal would convey the fundamental importance of nature in achieving climate resilience, sustainable development, and human well-being.

When it comes to biodiversity, Protected Areas Management is arguably one of the most challenging issues. In addition to its participation to regional events, Post2020 Biodiversity Framework - EU Support organizes workshops and bilateral meetings with all stakeholders involved in protected areas policies: countries, cities, NGOs, civil society...

Brazil has ratified the Convention on Biological Diversity in 1994. It is the most biologically diverse country in the world and it has been ranked as the 1st out of world’s 17 most megadiverse countries, and second only to Indonesia in terms of species endemism. The Project aims to build a strong and fruitful relationship with brazilian government and subnational territories, organizing and attending workshops on topics such as restoration or sustainable consumption and production.

While the Nagoya CBD COP10, held in Japan in 2010, set international negotiations agenda and objectives for the next decade, the upcoming CBD COP15 that will take place in Kunming (China) next year will be a watershed year for biodiversity: it will assess results, and identify next major steps for international community in the post-2020 biodiversity framework.

The Subsidiary Body on Scientific, Technical and Technological Advice (SBSTTA) provides the Conference of the Parties with timely advice relating to the implementation of the Convention. It deals with informing the scientific and technical evidence base for the post-2020 global biodiversity framework. Our Project co-organized 5 side events during SBSTTA23 held in Montreal from November 25th to 29th.

Egypt has one of the most diverse marine biodiversity in the world and was hosting CBD COP14 in 2018 in Sharm El Sheikh, named "Investing in Biodiversity for People and Planet".

Colombia has ratified the Convention on Biological Diversity in 1994. Colombia is listed as one of the world’s “megadiverse” countries, hosting close to 10% of the planet’s biodiversity. With 314 types of ecosystems, it possesses a rich complexity of ecological, climatic, biological and ecosystem components. At the regional and subnational levels, Colombia is recognized as a leader in terms on sustainable use, fight against wildlife trafficking and works efficiently to foster synergies between biodiversity and metropolises

Uganda has ratified the Convention on Biological Diversity in 1993. Uganda is a landlocked country located where seven of Africa’s biogeographic regions converge, making it a country with a high level of biodiversity. Despite its small size, it has an extraordinary amount of diversity in both terrestrial and aquatic habitats. Francis Ogwal, Uganda National focal point for the CBD has also been appointed as Co-Chair of the Working Group on the post-2020 framework.

Japan has ratified the Convention on Biological Diversity in 1993. Japan, with a small land area of about 38 million hectares, has a rich biodiversity. The number of known species in Japan is estimated to be over 90,000, and to exceed 300,000 if unclassified species are included. Japan hosted CBD COP10 in 2010 (Nagoya) that gave a vision for the decade to come and set the Aichi targets.

Read our "Dialogue with #1" on EU-Japan Dialogue.

France has ratified the Convention on Biological Diversity in 1994. French protected areas already cover more than 20% of the metropolitan (mainland) territory, though with different levels of protection. France will host the IUCN World Conservation Congress in  Marseille January 2021; this will be a major event in the run-up to COP15. The Project headquarters are also located in Expertise France offices in Paris.

The Convention on Biological Diversity (CBD), known informally as the Biodiversity Convention, is a multilateral treaty. The Convention has three main goals including: the conservation of biological diversity; the sustainable use of its components; and the fair and equitable sharing of benefits arising from genetic resources. The Convention has 196 parties, which includes 195 states and the European Union. Post2020 Biodiversity Framework-EU Support is eager to work hand in hand with a number of Parties across the world.

International and multilateral decision-making process on biodiversity will assuredly impact – hopefully in a positive way - future generations for decades to come. That is why Post2020 Biodiversity Framework-EU Support is eager to work hand in hand with the youth via civil society organizations and NGOs tackling biodiversity issues. Involving the youth into multilateral mobilization is crucial to ensure the transmission of a viable planet to future generation.

The project works in close cooperation with civil society organizations involved on biodiversity issues and especially targeting the Youth.

Africa is immensely rich in biodiversity. Its living organisms comprise around a quarter of global biodiversity. There are many examples of success and innovation in the conservation of Africa’s biodiversity, yet Africa is also experiencing unprecedented rates of population growth, urbanization and agricultural development, which create immense challenges in reconciling human well-being with environmental and economic prosperity. Our Project is thus actively committed to work hand-in-hand with African countries on biodiversity issues within post-2020 global biodiversity framework.

Non-state actors can play a significant role in strengthening the implementation of a post-2020 global biodiversity framework. It is important to encourage voluntary commitments from all relevant actors and stakeholders, including the private sector, starting prior to the COP 15 and onward, to contribute to an effective post-2020 global biodiversity framework and to make such information available as a contribution to the Sharm El-Sheikh to Kunming Action Agenda as agreed in COP 14. The project aims at boosting businesses commitments to reach ambitious targets and relies on their active participation to up-coming international forums and workshops.

Chinas has ratified the Convention on Biological Diversity in 1995. The country is among the 12 mega-biodiverse countries in the world. China will be the hosting country of CBD COP15 that will take place in Kunming in October 2020. It thus makes it a key partner for Post2020 Biodiversity Framework – EU Support

MEAs are defined as generic terms for treaties, conventions, protocols and other binding instruments related to the environment. Usually applied to instruments of a geographic scope wider than that of a bilateral agreement.

Genetic resources represent unique sources of information that have shown enormous benefits to humans (food, biotechnology, medicines). Those genetic resources often come from megadiverse and complex ecosystems where traditional knowledge and local communities play a great role in maintaining natural resources. Access and Benefit-Sharing (ABS) aims at defining ways in which genetic resources may be accessed, and how benefits derived from their use are equally shared.

The SDGs are the blueprint to achieve a better and more sustainable future for all. They address the global challenges we face, including those related to poverty, inequality, climate, environmental degradation, prosperity, and peace and justice. The Goals interconnect and in order to leave no one behind, it is important that we achieve each Goal and target by 2030.

Urban biodiversity refers to the variety and variability among living organisms found in a city and the ecological systems in which they occur. Overall, urban biodiversity responds to a combination of biogeographic and anthropogenic factors, with a strong influence of the latter. In a rapidly urbanizing world, there is a growing interest in understanding how cities benefit from local biodiversity.

Natural Capital accounting is a tool to measure the changes in the stock of natural capital at a variety of scales and to integrate the values of ecosystem services into national accounting and reporting systems at different levels.

Article 2 of the Convention on Biological Diversity defines “Other Effective area-based Conservation Measures” as geographically defined area other than a Protected Area, which is governed and managed in ways that achieve positive and sustained long- term outcomes for the insitu conservation of biodiversity,1 with associated ecosystem functions and services and, where applicable, cultural, spiritual, socioeconomic, and other locally relevant values”.

The mainstreaming of biodiversity can be defined as integrating or including actions related to conservation and sustainable use of biodiversity at every stage of the policy, plan, programme and project cycle, regardless whether international organizations, businesses or governments lead the process. This requires enhanced collaboration with development sectors and actors.

The CBD text defines sustainable use as the use of components of biological diversity in a way and at a rate that does not lead to the long-term decline of biological diversity, thereby maintaining its potential to meet the needs and aspirations of present and future generations. Natural renewable resources are unlimited resources. Sustainable use governance aims to support impacting sectors to reduce their burden on landscapes, seascapes, and ultimately on the relationship between Nature & People. The project’s objective is to create space for discussion between relevant stakeholders and experts in this field.

At next COP15 in Kunming, Parties are expected to make ambitious commitments to tackle biodiversity loss at a global scale, while ensuring the effective implementation of those commitments. Accountability has been identified as one of the most important means to cope with this key challenging issue. The project aims at promoting the understanding and the promotion of accountability mechanisms guaranteeing that Parties are liable for the implementation of the post-2020 global biodiversity framework.

Intergenerational Equity is the recognition that all generations share a common responsibility in ensuring a healthy planet for the generations that follow. More particularly, it advocates for those generations in policy-making positions to be accountable for their choices and to acknowledge, respect, hear and give space for youth to be included in decision-making processes at all levels, in all fairness for current and future human populations. This concept is at the core of Post-2020 Biodiversity Framework - EU Support’s campaign to support Youth voices for biodiversity. Read our "Mobilization with #2" on Youth Mobilization. 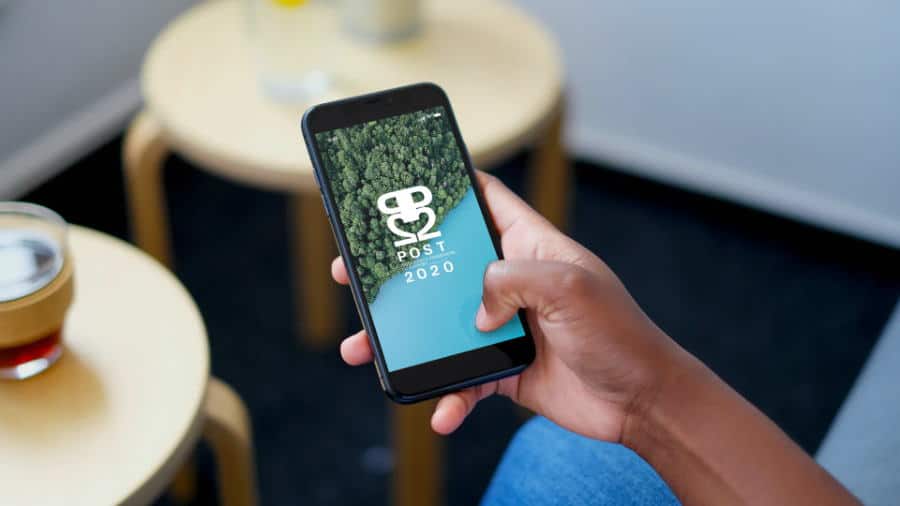 Get our monthly newsletter