GO BACK
Securing an agreement to save our life support systems

The seventy-seventh session of the General Assembly (UNGA77) opened on 13 September under the theme, “A watershed moment: transformative solutions to interlocking challenges.” On the 20th of September, the High Ambition Coalition for Nature and People (HAC for N&P), the Global Ocean Alliance (GOA), the Leaders’ Pledge for Nature (LPN) organized a high-level event in the margins of the UN General Assembly 77.

Biodiversity is a human concern and the world needs to aim high at COP15.

The world is facing multiple crises, including biodiversity loss, climate change, pollution, humanitarian challenges and still the COVID-19 pandemic. This High-Level event came at a key moment in a final sprint to COP15 to accelerate efforts, including as part of: the Decade of Action to deliver the SDGs, the UN Decade on Ecosystem Restoration, the UN Decade of Ocean Science for Sustainable Development and high-level commitments made over the past years such as the 2020 UN Summit on Biodiversity, and the Kunming CBD COP15.1 last year. It is crucial to focus on joint solutions to these crises and build a more sustainable and resilient world. On 28 July 2022, for the first time in the history of the annual event, the UN General Assembly adopted a resolution, calling upon States, international organisations and business companies to scale up efforts in order to ensure a healthy environment for all. Since then, a clean, healthy and sustainable environment is a universal human right.

Despite ambitious high-level commitments including through the LPN, HAC and GOA, more is needed to translate them into key decisions for nature, including the negotiations of the post-2020 Global Biodiversity Framework to be adopted at the CBD COP15 in Montreal under the Presidency of China.

The focus was to raise the bar on the following three objectives:

The current decade is decisive. Failure for nature will mean failure for multiple agendas from climate to security and the 2030 Agenda for Sustainable Development and failure to secure continuity of all life on earth. In view of the urgency, leaders’ continued to show ambition and determination to accelerate efforts.

Government leaders and partners presented a refreshed ambition for nature and people on ocean and land and showcased key actions in support of a comprehensive approach to finance, including resource mobilization from all sources in order to achieve an equitable and nature positive world by 2030.

At the opening of the event, Justin Trudeau, Prime Minister of Canada declared that biodiversity is a major concern for Canada“We need to bring the same level of urgency to protecting biodiversity and nature as we do to tackling climate change. (…) Protecting biodiversity in itself is unbelievably important for the resilience of all species. (…) We will continue to mobilize global support to reach this target and protect biodiversity around the planet.” 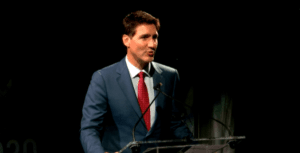 Recognizing the crucial necessity of biodiversity for nature and people, the Costa Rican President Rodrigo Chaves stated “Costa Rica is totally committed to take action to halt and reverse biodiversity loss by 2030 and I reaffirm my country’s determination to work tirelessly to achieve a robust global agreement for nature at the Convention on Biological Diversity COP15.”

On behalf of Colombia’s president, the country’s minister of environment and sustainable development also unveiled an acceleration of biodiversity-related activities.

Dr. Lotay Tshering, the prime minister of Bhutan, said: “We call on all countries to deliver a nature-positive global biodiversity agreement at CBD-COP15. A healthy environment is the prerequisite for the health and happiness of current and future generations.”

The ambition and announcements demonstrated the highest level of commitment from leaders to secure an ambitious global biodiversity framework (GBF) at CBD COP15 next December in Montreal under the China Presidency and ensure its immediate, inclusive and effective implementation. UNGA resolutions can serve as catalysts for action.

“The world needs to aim high in Montreal for COP15 to adopt an ambitious global deal for Nature. (…) Let’s have the courage to do what is right and let’s do it now.” said Ursula von der Leyen, President of the European Commission.

Governments of Ecuador, Gabon, the Maldives, and the United Kingdom released the Political Vision: The 10 Point Plan for Financing Biodiversity, aiming to offer a comprehensive way forward for governments and the finance sector to ensure we invest in protecting nature. It contains pledges to enhance domestic and international support for biodiversity from all sources, cut wasteful spending, and coordinate public and private flows to be nature positive.

According to António Guterres, United Nations Secretary-General, the world must agree on a post-2020 global biodiversity framework that sets ambitious targets to halt and reverse biodiversity loss, provides adequate financing and eliminates harmful subsidies that destroy ecosystems.  Efforts must also be intensified to finalize an international legally binding agreement to conserve and sustainably use marine biological diversity.

Following the same approach, Carlos Manuel Rodriguez, CEO and Chairperson of the Global Environment Facility (GEF) declared that the private sector must orient its actions and investments in the direction of sustainable development needs “Stop funding harmful activities, generate policy coherence, level economic playing field for private sector and support the GEF goal to align all policies by 2030 with Paris and the Global Biodiversity Framework goal.”

A key moment of the event was also the endorsement of the Leaders’ Pledge for Nature by Australian Prime Minister Anthony Albanese, committing Australia to reversing biodiversity loss by 2030.

Interventions from Indigenous leaders highlighted the key role of Indigenous Peoples and Local Communities (IPLCs) in protecting the planet. If they constitute 6.2% of the world population, they protect 80% of the Earth’s biodiversity in the forests, deserts, grasslands, and marine environments. “IPBES has found that in IPLCs lands and territories, biodiversity is declining at a much lower rate.(…) We are willing to get a part of the system.” said Jennifer Corpuz on behalf of the International Indigenous Forum on Biodiversity (IIFB).

Elizabeth Maruma Mrema, Executive Secretary of the Convention on Biological Diversity, regained confidence with all the commitments from the leaders during UNGA77. However, she recalls that “There is no planet B. This is the moment, the countdown has begun. We really count on Leaders to secure the adoption and the needed implementation of the global biodiversity framework.” 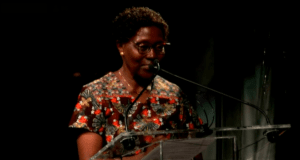 This High-Level event saw world leaders declare the success of COP15 a priority for their governments and call for all countries to work together to secure an ambitious global biodiversity agreement in Montreal in the face of an escalating nature crisis that is threatening health, food security, and livelihoods, while undermining climate action and sustainable development.

A common mission is being built.

Watch our video on UNGA77 here :